What is Paranormal Romance and why should I care?  One would think that is a simple enough question, it’s a sub-genre of romance with paranormal elements (like vampires) and it’s incredibly popular with readers.  But…the more I read about the genre and within the genre, the more I realized that a lot of paranormal romance isn’t romance…at least not what we traditionally think of as romance.

In a short 30 minute presentation, I need to cover:

Paranormal Romance (Keep scrolling to get to the presentation)

For readers like me, who came at PR from the Romance genre, we have certain expectations…

According to the end-all, be-all of Romance, the Romance Writers of America say:

Thankfully, Library Journal helps to clarify – I think a lot of this stuff is “Contemporary Urban Fantasy”

This is what your patrons are looking for when they request “urban fantasy.” Common characteristics include tough female protagonists (often with supernatural powers or superhuman strength), stronger distinctions between good and evil, grittier urban landscapes, first-person narration, and sexual tension, often between the female protagonist and a male character who toes the line between good and evil. A pioneer in this subgenre is Laurell K. Hamilton, whose “Anita Blake, Vampire Hunter” novels were among the first to play on these themes.
From: Donohue, Nanette Wargo (1 June 2008). “Collection Development “Urban Fantasy”: The City Fantastic”. Library Journal.

In the Intro to Fang-tastic Fiction by Patricia O’Brien Mathews, she has some definitions and clarifications of her own:

3 thoughts on “What is Paranormal Romance and why should I care?” 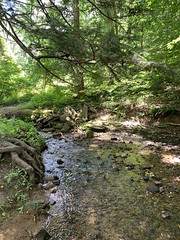 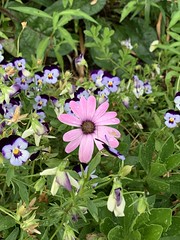